Defend your kingdom in this MMORPG 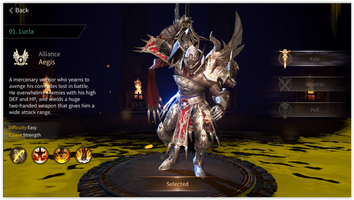 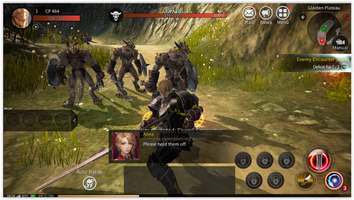 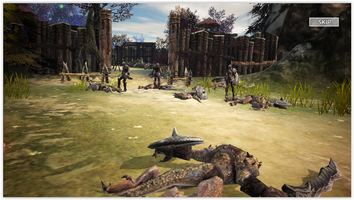 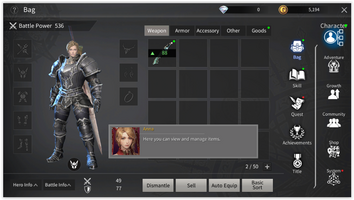 Advertisement
Discover new kingdoms and protect them from the ravages of war in TALION -- a 3D MMORPG. You'll face battle after battle the whole way and join forces with one of the two existing factions in search of victory and an end to the war between two rivaling kingdoms.

This multiplayer RPG is completely online and pairs several elements from other successful titles like Black Desert. Its controllers are very simple and run dynamically. You can also automize your moves so that your character reacts uniformly to oncoming enemies with a swift punch without the need for you to tap non-stop on screen. Your hero -- by the way -- is completely customizable and you can change their outfit and accessories at whim from game one.

In TALION any NPC can come along and propose different missions for you to complete. Upon finishing their quest -- provided you don't die -- you'll gain EXP points that'll serve you later on to purchase new, better equipment for use in battle. You'll also need to control your spending and resources, and pick up items along your way in order to boost your progress within the game.

TALION is an MMORPG that's full featured. It'll quickly have you submerged in a world of action and adventure thanks to its quality graphics and immense number of objects to add to your inventory for use during battle.
Reviewed by Carlos Martínez
Advertisement

Why is this app published on Uptodown?
(More information)

They said that I liked this market, but it was very, very excellent

When does the new version arrive?

this is a very good game

Genshin Impact
An open-world RPG with spectacular graphics
Brawl Stars
3-on-3 battles from the creators of Clash Royale and Clash of Clans
FNaF World
An RPG protagonized by the Five Nights at Freddy's characters
League of Legends: Wild Rift
The MOBA king deploys its arsenal on Android

Fashion Empire
Manage luxury fashion boutiques in this game!
Cookie Run Kingdom
The sweetest kingdom is back
LifeAfter (Global)
Cling to life in a hostile world

Vampire's Fall: Origins
Will you be the hero that the world needs?

Project T3
Shootouts on eye-catching maps
Archero
Destroy an evil army with only your bow and arrow
Lineage 2M
Second installment of the Lineage saga, developed by NCSOFT
San Andreas Crime City Gangster 3D
A simplified version of San Andreas
WAR DRAGONS
Lead your very own army of dragons
Tank Battle 3D-World War Duty
Bit Heroes
A pixelated MMORPG full of dungeons for you to pillage
Trivia Crack Adventure
Answer correctly to find your way out of the labyrinth